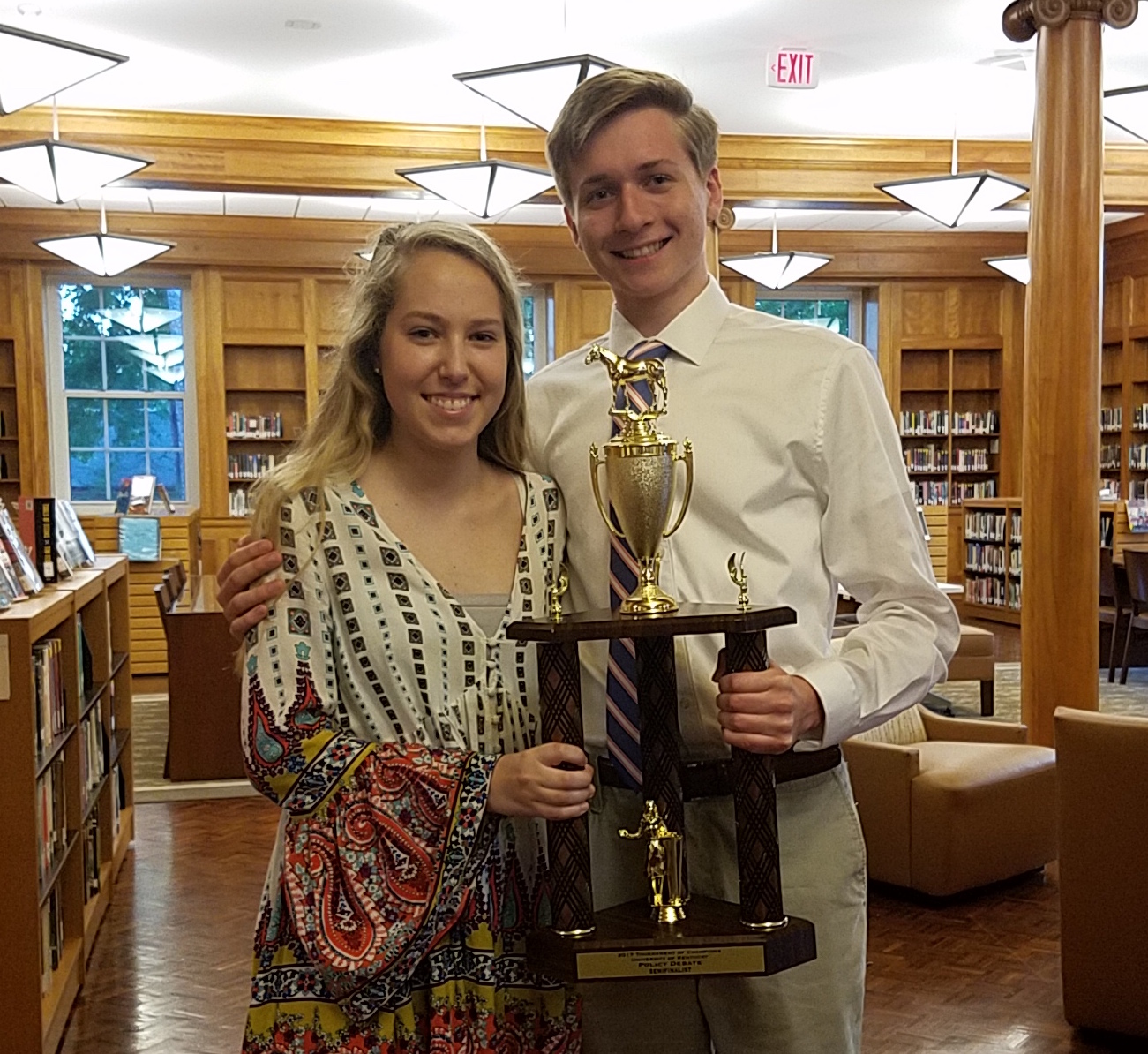 Hall and Brannen won seven of their ten, 90-minute rounds to earn a spot in the final four. Only 152 students from 24 states qualified to compete in the highly selective policy debate division.

In a field of 166 students from 16 states, Brannen and Hall won ten of their eleven, 90-minute policy debates, eventually defeating number-one ranked Montgomery Bell Academy of Nashville, Tennessee in the finals on a 3-0 decision.

Brannen and Hall are ranked sixth nationally—out of more than 2,000 pairs of students—for their overall season performance since September 2016.