Bennett Porson ’17, William Turton ’19, and the WCAT staff won in the Sports–Live Event category for their coverage of the varsity football team’s second-round state playoff game against Savannah High School on November 18, 2016. 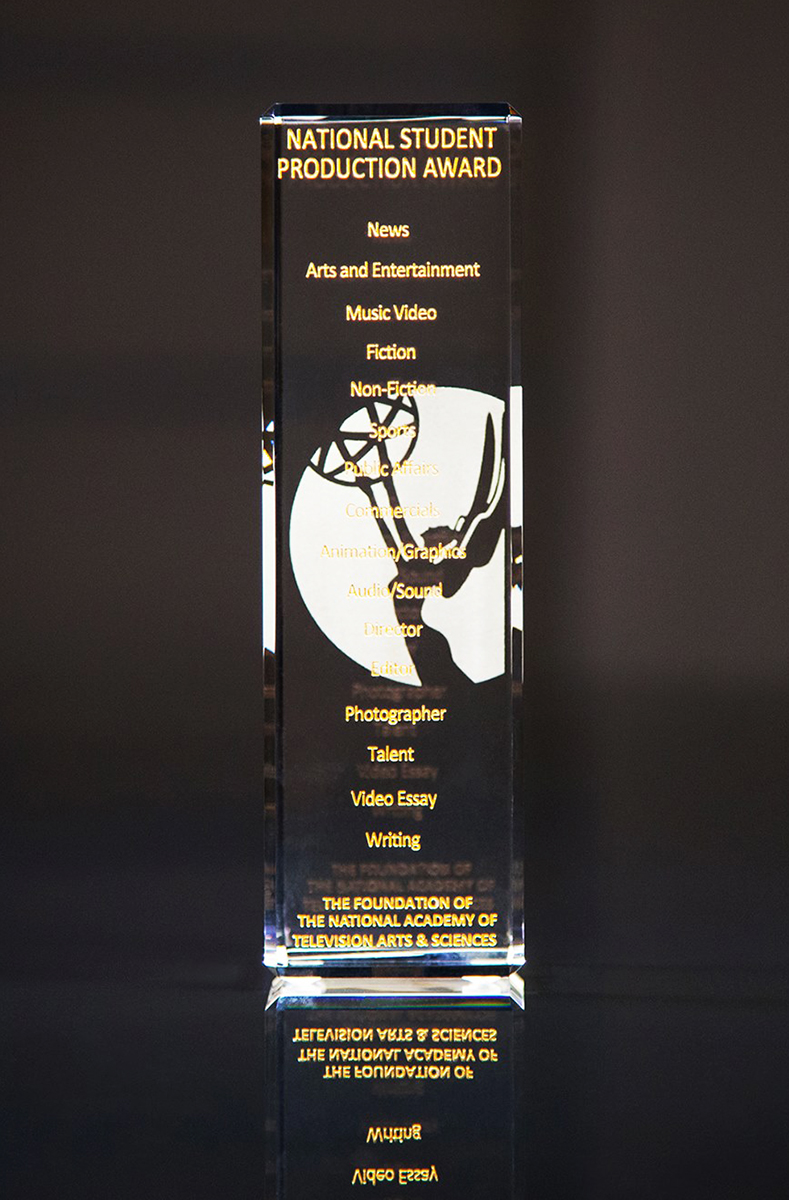 “I am honored to accept this award along with the rest of the WCAT crew,” says William Turton ’19, who serves at WCAT’s technical director. “Our entire crew works incredibly hard to put on quality broadcasts and to achieve this level of success and recognition is an amazing accomplishment and a great honor.”

Westminster’s students were part of 200 nominated young professionals—culled from 19 regional chapters of The National Academy of Television Arts & Sciences—who were chosen from a record-breaking 1,500 entrants to advance to the national competition. Industry professionals and university professors judged the entries and selected the national winners.

“It is such a joy to be able to celebrate this incredible honor with my friends and colleagues at WCAT,” says Bennett Porson ’17, who is now pursuing a journalism degree at the University of Georgia. “It's so fantastic to see our culmination of hard work be recognized on the national level. Thank you to Mr. Searl and the entire Westminster community for supporting us and watching our extensive coverage of the Wildcats.”

The event was hosted by television personality Tom Bergeron of ABC’s Dancing with the Stars. Nominees were announced with messages from industry elite such as Chris Hansen of Crime Watch Daily; Entertainment Tonight’s Nancy O’Dell and Kevin Frazier; Julie Chen, Sheryl Underwood, Sara Gilbert, and Sharon Osbourne of CBS’ The Talk; Pat Sajak and Vanna White from Wheel of Fortune, and The View’s Whoopi Goldberg.